Back in the old days (i.e. a few years ago), being an entrepreneur was “simple”. You had a wonderful new startup idea. You made all the right moves: gathered an impressive team, crafted a nifty go-to-market plan, crunched all the right numbers in the Excel and even created a prototype.
The problem: You had no money.

Solution? (after having exhausted your triple-F circle) you started chasing angel investors and venture capitals. And then, you went on to grow a beautiful company, or, crashed and burned.
Success was never guaranteed, but you were 100% hands-on, held responsible, improvised, discovered the boundaries of your resourcefulness and always knew what the abyss looked like and where it was in comparison with your present location.
The trajectory was simple to imagine: You have a startup, a company for every purpose and intent, and you get money (or not) to help support your growth (or survival) efforts.

But then, a funny thing happened: incubators, accelerators, activators and basically anything that ends with “ators” have emerged like new outrageous Kardashian sisters photos (i.e. very often), offering young companies with bulk tours to the startup galaxy. In my view, this is nothing short of a complete disruption of that trajectory I was talking about.

The promise was to nurture and mentor entrepreneurs, so they get symbolic funding, combined with on-the-fly training and support, thus adding a new layer of assurance and a better chance for more people to become entrepreneurs.
Above all that, the real game-changer, which I haven’t yet decided if for better or worse, was the enterprise play in this newly formed production line of innovation. Long story short: “Innovation” is perceived as a highly cost-effective resource / growth catalyst, alas, home-grown innovation is virtually impossible in large corporations.

Solution? Enterprises started opening their own quasi-VC and thus allowing for feisty & hungry entrepreneurs with a minimax approach to do that innovation magic with minimal resources and a hug and a shared workspace.

Looking at it at face value, it can and should be fantastic news for startups, especially those manned by inexperienced founders that can greatly benefit from cozy hand-holding and the easy enterprise Rolodex access.

But, there are some clear warning signs that I would like to put up:

On top of all of the above, the most alarming sign I’ve noticed was the “honey-trap effect”: companies understand that they can prolong their seed stage (i.e. don’t worry about aggressive commercialization, revenue and growth), by buying more time before they need to face the real world, and finding themselves taking part in 2, 3, sometimes even 4 batches in different incubators/accelerators/bridges in a row. No need to worry as long as we live at Mommy&Daddy’s attic, right?

In conclusion, I feel that this newly formed eco-system of seed-stage startup funding CAN be helpful, but only if one knows when to spread wings and leave the nest, because it’s sometimes too convenient. 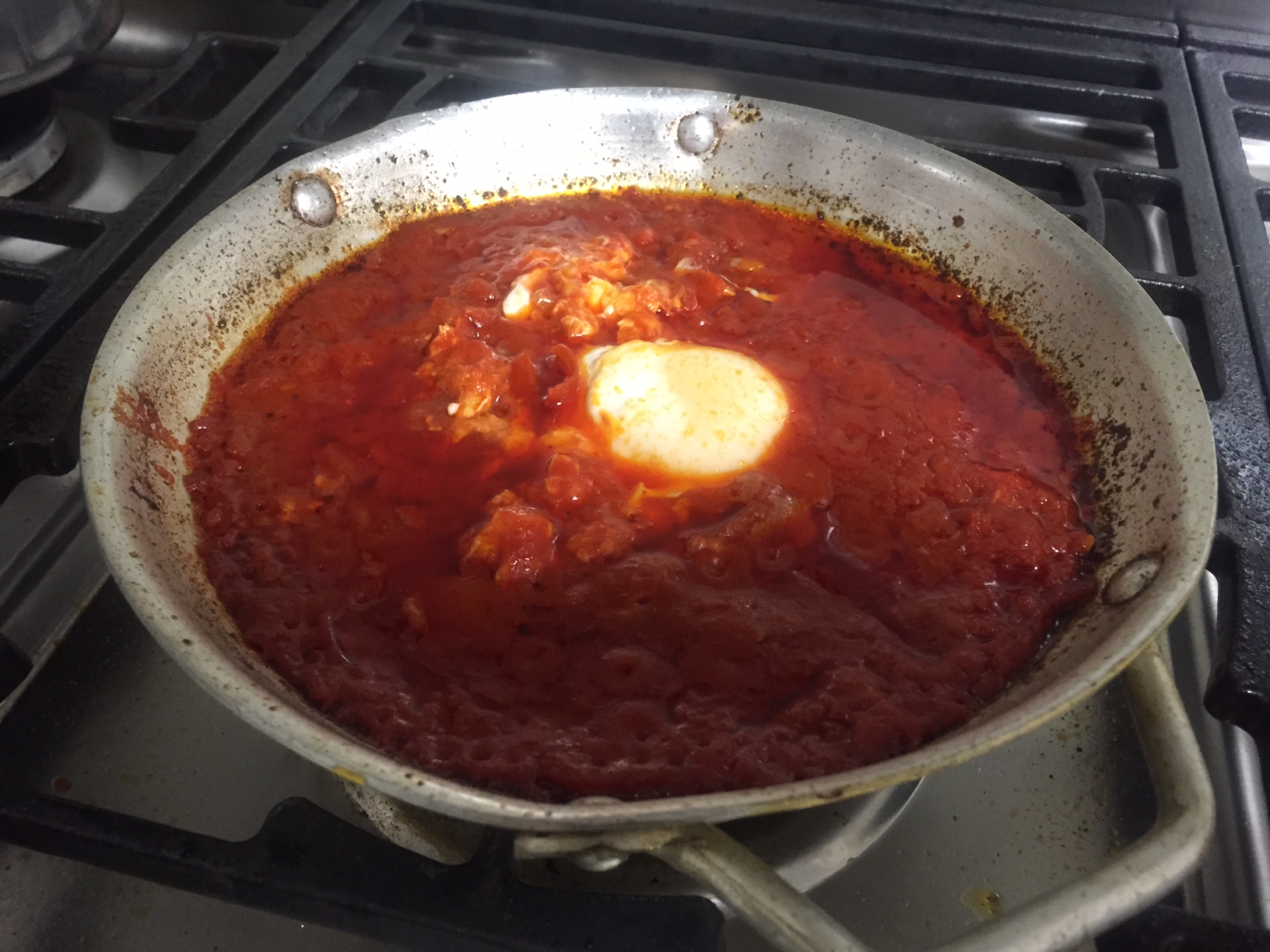 Always start with some good food: my own authentic Shakshuka

Hi folks! This post was actually my first ever guest post at a close friend’s blogdump, and now it’s the first post in my OWN blog 🙂 next I’m going to discover The Backstreet Boys, an exciting new band… 😉

Ok, so – I feel there’s nothing better than introducing my own secret (shhhh…) recipe for a traditional Mediterranean Shakshuka (fried tomato+egg dish) with what you probably have in your house. well, except for maybe tomato puree. go get it.

Now, when I cook, I usually prefer to work harder but make smaller portions. the dish is much better when cooked in small quantities because it’s easier to control and fine tune, every little thing counts: the cookware, the spices, the technique. let’s hope you enjoy this dish at least as much as I do:

To serve 2 you’re gonna need:
Firstly, you’re gonna need a tin skillet/pan, about 8″ in diameter. yes. tin. it sears it all real good. if you can’t get one just use any pan. don’t use a pot.

Ok, now the ingredients:
1 large clove of garlic. finely chopped
2 ripe (!!) chubby tomatoes, gutted and diced (as in, take out the inside and throw it away. that’s 1/2 of the secret to the taste…)
2 eggs
100% natural tomato puree (not paste, not sauce, not juice. puree).
Fresh black pepper
Salt
Sugar
Paprika
I also add Sriracha sauce or Jalapinio pepper, to spice things up. you don’t have to tho.
alternatively you can add goat cheese, feta cheese, or even sausages. I don’t.

Here’s how it happens:
pour a thick layer of olive oil (don’t be cheap!) to the pan, fire on max. this thing is going quick & painful (for the pan…)

let the oil warm up, then throw the garlic in. let it fry for 10 seconds, or at least until you sense that they would imminently start burning (don’t let it brown! it ruins the dish).
throw the thinly diced tomatoes and stir until they start to soften and add 3 tea spoons of paprika.
Add in the tomato puree, the trick here is to have the tomatoes “swim” in puree, but not disappear. the tomatoes need to be visible so their fresh taste won’t go away. trust your eye on this.

then let it simmer while occasionally stirring. add a thin layer of black pepper (freshly ground of course), salt to taste (don’t be shy), and then a brave 3/4 spoon of sugar. stir over and over again (not continuously but with a sense of commitment).

once the sauce is bubbling and the mix is thicker than it is runny, give it a swift spill of olive oil (make a line shape), and finally, the egg. DON’T STIR. leave it whole. then let it simmer for ~5 more minutes with the egg inside (or until you reckon the egg is done). if you like a well cooked yolk, cover the pan throughout this interval. make sure your final result is thick and aromatic, borderline burnt (but not really). I recommend eating it directly from the pan with white bread.

now you have a surprisingly minimalistic yet delicious Shakshuka.