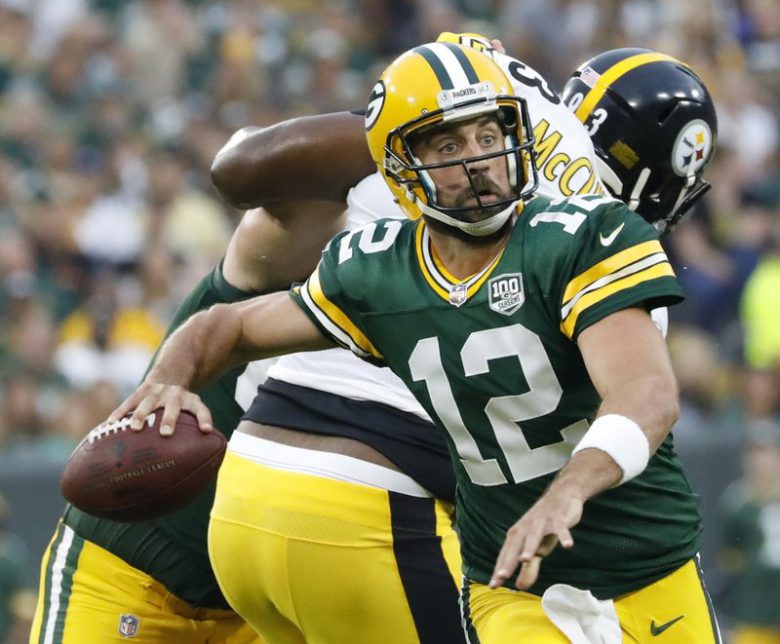 Why do people have to be so extreme?

It’s either Rodgers is god or garbage.

I was infatuated with this. is Rodgers not his “usual” self this year? and why? Lots of speculation, cynicism, and criticism have been aired in the past few months.

So, I turned to our good friend Youtube and specifically dug up most (if not all) Aaron Rodgers’ signature plays from when he first showed his star-quality vs. the Bears, through the daunting, heartbreaking 2018 season in which he was still putting up decent numbers, but the team went literally nowhere.

I specifically wanted to sift through those “Rodgers-defining” plays, not just regular offensive drives, to assess the gaps in perception vs. actual, and got some pretty good observations, I think.

Well, is he getting older? weaker arm? less accurate?  no good gameplan/routes/receivers? has he lost it?

The answer is obviously complicated, but here is what I did manage to come up with:

Observation #1: Rodgers isn’t extending plays well enough and being dynamic out of the pocket as he used to be. Significantly so. Many of the signature plays start off the same, but end up with sacks instead of crazy passes this year.

Observation #2: A passer passes a ball that a receiver needs to catch. Duh? not so sure.

What should Rodgers do to overcome?

Tom Brady and Drew Brees can still function, and they’ve proven it time and again lately (with the exception of Brady only in recent games). Rodgers has the ability to fire from inside the pocket and re-balance his philosophy that was previously predicated on him making crazy shot plays all the time. He has great RBs and a pretty good O line, so he can use that to not be so predictable and still somewhat extend plays, but has to tone it down significantly. He can benefit from another good, fast, ball-catching receiver, and a solid, strong, good game-reading tight end. With Brian Gutekunst at the helm, I believe we can find those, in free agents, draft picks, or trades. Anything’s possible. All Rodgers needs to do is keep calm, remember that he’s still incredible, and then find a way to embrace his constraints, and LaFleur’s offense. I believe the more he will gain confidence in LeFleur, and learn how to work with different types of receivers, not just ones who have glue on their hands, he will resurrect and be part of a powerhouse, balanced, more “New-England” type (but without all the yucky part) Pack team through the rest of his career.

Good luck to us all!

*You noticed it, the photo was actually not taken in 2019… busted. Was just a nice photo I randomly picked, because I obviously didn’t expect Rodgers to throw me a pick… ->ba dum chhhh.

« 2019 Regular season thoughts about the Packers