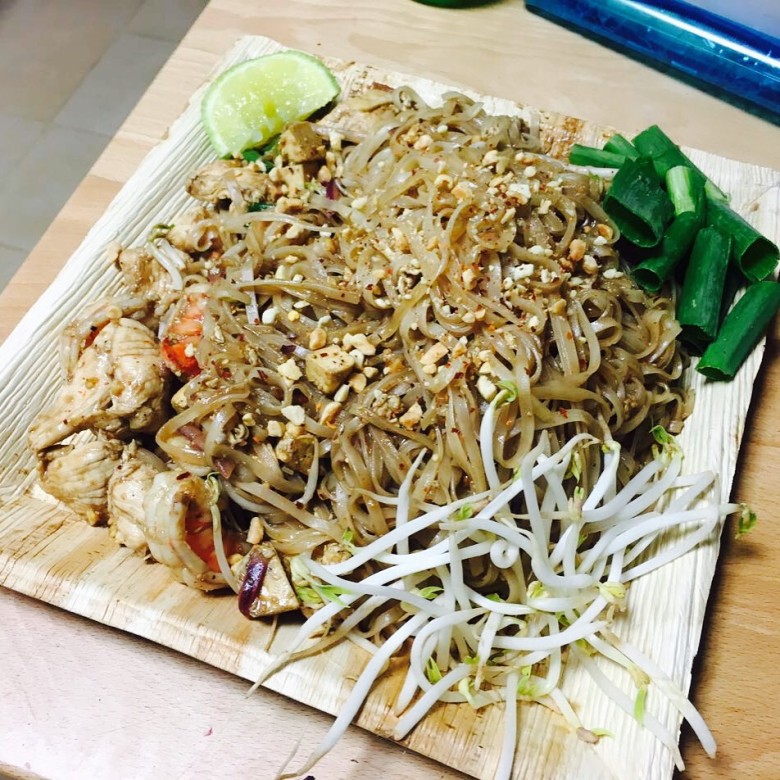 I love Thai food. It’s one of my favorite cuisines. It’s just so quick, accessible and delicious.

up until not so long ago I wasn’t really aware of the importance of technique (especially being meticulous about timing and order). Well, it makes a HUGE difference.

Here’s something I picked up while watching several online Thai cooking techniques, and proclaimed as my own, all because of a little twist 🙂

That’s how you’ll make Pad Thai that tastes like Thailand (or the wonderful Thai food scene in NYC):

Ok. First, you’re gonna need a wok. If you don’t have one go buy one and get back here. Mine was actually bought in Thailand and it’s made out of tin (I think) that is very light and thin.

For the concentrate / sauce:

And.. My secret ingredient… Peanut butter!

The magic happens really fast so it requires alertness, but first we need some prepping:

On to the dish:

And… Voila! Let me know how it was! 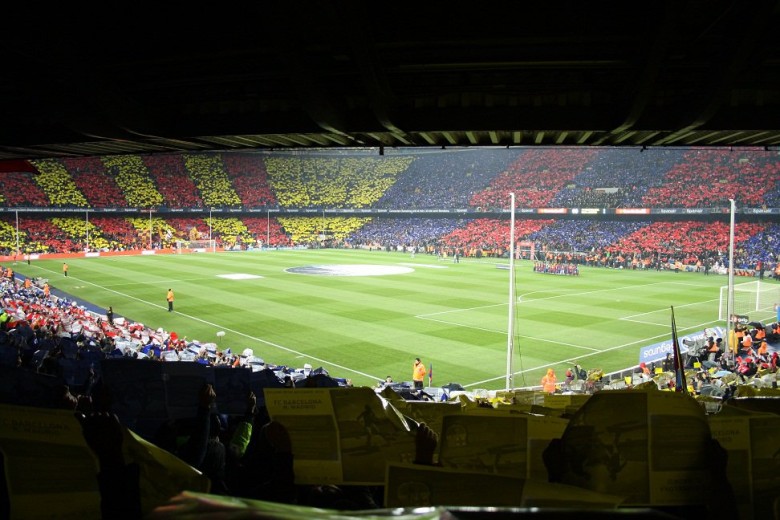 Minimax (loosely defined) is a strategy in game theory, representing the choice of cautious moves that allegedly have greater chances to reach the minimal criteria of victory in a situation where your options are win/lose. It’s actually choosing the minimum, in a maximum (win) situation, i.e. minimal victory.

I want to demonstrate why I think choosing minimax may mitigate some risks, but needs to be carefully chosen, and more importantly, one needs to realize it almost completely denies his chances of glory, for those interested.

Full disclosure first, I’m a die-hard Barcelona fan since childhood, let’s hope it doesn’t compromise my judgement (too much…).

Last night, Luis Enrique (Barcelona’s coach for those who haven’t been living on earth since 2014), decided to choose the minimax strategy against Atletico Madrid in a 2nd leg of the champions league quarter final, after having won 2-1 in the previous game at home. Basically all he needed was a draw, any draw. And since the Champions league is a knockout-based cup, there is no draw. Ultimately, one team HAS to prevail. i.e. win/lose.

For those of you who don’t know how the system works, you may close your browser tab now, as I won’t be explaining what away goals mean 🙂

Easy. He instructed his players to maintain control of the ball as much as they can (nothing new here to fans), only this time, not for the purpose of scoring a goal, rather than just keeping the ball by passing it from side to side, mainly behind the half-way line therefore denying Atletico the chance of goal scoring opportunity (under the somewhat controversial notion: if you don’t have the ball, you can’t score).

Also, he instructed his players to narrow the gaps, and the offense to help on defense (when was the last time you saw Messi chasing somebody tenaciously all the way to his own box, only to just barely steal it and not even gaining control over it?).

Why was the strategy minimax?

Because Lucho reckoned that since he did have the (slightest) advantage thanks to the 2-1 win the week before, and due to Atleti’s defensive reputation (which is a very shallow observation), playing a “mid court” game will kill their enthusiasm, silence the fans, help Barca defend efficiently and therefore not concede the dreaded goal that would disqualify them. And, as a bonus, once Atleti goes all-in, he has the best tools in the world for a lethal counter attack to seal the deal.

So what went wrong?

He made 2 fundamental mistakes:

What should he have done differently?

Yes, I know decisiveness in retrospect is the easiest. However, I’m not claiming my solution would have surely brought it home, it could probably just increase the odds.

Traditionally, Barca is an all-or-none team. It crashes and burns the same way it emerges victorious: gloriously. Barca doesn’t know how to deploy minimax because it’s not in the club’s and players’ DNA, the same way it can’t execute an ultra defensive (i.e bunker) strategy, like Mourinho’s Inter Milan in the  2010 semis. This is empirically proven. It’s the blessing and the curse of that club, and a part of its unique magic. Lucho should have trusted his players to try and play the same way they’re used to: possess and progress. That was their only chance. It was never a done deal at the Calderon with such a fragile advantage, but it’s what brought them to this place, specifically and in general.

I’d be a fool to finish this post without expressing my awe, respect and admiration for Diego Simeone. If there’s any proof that a soccer/European football coach can make a huge difference, it’s him. Took a mediocre+ team to great success, and with admirable continuity. In my book, he’s a hero, and he deserves to finally win the European title. Chapeau, Diego.

If you haven’t figured it out by now, I don’t like minimax. Best case scenario you win small, but you’ll never know what it feels like to REALLY win. Acting as if you have nothing to lose (not extremely so, but mainly not being dominated by the fear of failure) could be surprisingly rewarding, and if you haven’t yet tried it, I think you should. You too, Lucho. 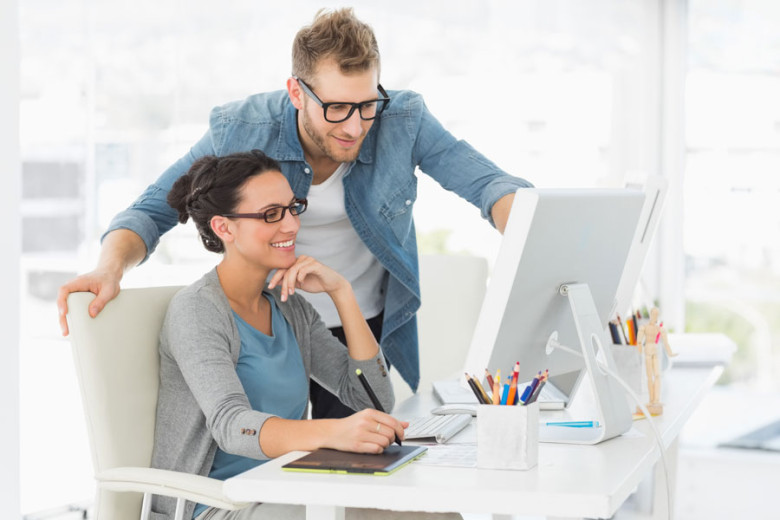 If I had a dime for every startup idea I’ve heard, I’d probably have at least $100. Not too Shabby, can buy myself a nice steak dinner at Peter Luger’s plus change!

There may be one thing though, that connects most of those ideas: they fail to understand the most fundamental (and probably most important) building block in a successful startup. Let me explain:

I had a very cool idea once to create predictive driving times, i.e. to be able to know when I should leave the place I’ll be in, so I could reach the place I wanted to drive to on time. An example: let’s say it’s 9am and I’m at home. I need to be somewhere within 30 minutes driving distance at 4pm. If I wait till 3:30pm, I might discover that there’s heavy traffic (that could have been theoretically anticipated) and I should have planned ahead better. sometimes experience dictates those decisions, and sometimes I need a broader source to help me. I had potential access to a huge database of traffic statistics and road maps, and also a professor who’s expertise is in transportation optimization. Alas,  I also had 2 “minor” problems:

Guess what, 4 years later Google implemented that quite easily and it is now a tiny, yet very cool part of their travel planner on Google maps. They’re not even monetizing on it directly, rather than adding a seemingly negligible feature that makes Google maps richer.

Even tho sometimes very successful startups have started off with one of those dispositions, the crowded tech world we live in dictates that we, as entrepreneurs, should strive to increase our odds of being funded and eventually, being successful (i.e. making tons of $$$).

I reckon that the first thing you need to do, before putting a down payment on your future yacht, is to imagine a viable business model and a go-to-market strategy.

If you can imagine the personas / entities to which you can sell your product, the ways you can sell it and the ballpark costs they would agree to pay (again, all very roughly of course), then you have an excellent starting point, and from there on, you can move forward to tackle the rest of the challenges.

So, after taking part in several ventures and presenting to tons of investors (I’m embarrassed to say how many as it might pull the rug under this post’s credibility, so let’s just say A LOT), here is my ranking of what you need to consider when actually pursuing a new venture, and spending your time, money and hopes on it:

There’s one “floating” category: the team. all investors say “We invest in impressive entrepreneurs” and such. it’s true, but to me, it has to go without saying. If you’re not talented or interesting, you have nothing to look for in entrepreneurship. The team is the most un-quantifiable metric there is, because it’s so subjective and basic, it’s on the verge of being a cliche (excluding outliars of course, e.g. serial exit-makers, or vice versa, complete idiots).

In conclusion, always start by imagining HOW, TO WHOM, AND FOR HOW MUCH you sell your product/service. if you can imagine this, you have a promising starting point.